Horizons at Woods Landing is spotlighted in the current issue of Community Assets Magazine; the bi-monthly magazine publication for members of the CAI Pennsylvania Delaware Valley Chapter.  The article is on page 34 of the September-October Issue.  Below is the content from the article if you do not have a login for the chapter website.

Paul Raetsch, President and Dr. Bob Kahrmann, Treasurer Horizons at Woods Landing HOA
In the Fall of 2015, Horizons at Woods Landing (HWL) achieved the Gold Star designation from the Pennsylvania & Delaware Valley Chapter of CAI. The journey from the first closing, surviving the builder’s bankruptcy, and then achieving Gold Star Community status in twelve years is a unique story.

Kara Homes began construction in June 2004 of Horizons at Woods Landing, an adult community of 249 single family homes in Mays Landing, Atlantic County, New Jersey. In the twelve years since, HWL has undergone transformations from the original optimism a new community enjoys. Worst was despair after the Kara bankruptcy in 2006, when The Fiscal Times named our community one of the “9 Worst Recession Ghost Towns in America.” Now we are a development that proudly earned a Gold Star Community Award from CAI. 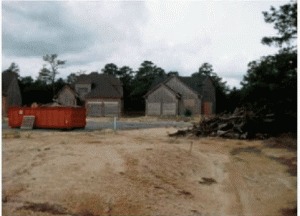 After the builder declared bankruptcy

By December 2004, 25 homes had closed. Kara had predicted 149 homes would be sold by June 2006 and a clubhouse would be finished. Unfortunately, in October of 2006, after selling 144 homes, Kara suddenly initiated bankruptcy proceedings. Kara’s prime creditor, ING Bank, took possession of HWL but efforts to find another builder did not succeed.

For three years, board members worked tirelessly to find another builder. In July 2009, residents voted to accept Fernmoor Builders to complete the development. That Autumn, Fernmoor began to complete ten homes that had been started but abandoned by Kara.

In April 2010, Fernmoor began construction of the clubhouse. Finished in June 2011, the pool opened to residents that July. Initially the sale of homes went slow partly due to the closing of casinos in Atlantic City. As of May 1, 2016, HWL has 179 occupied homes and five more under contract.

In 2012, the board began working with a new property management firm, Association Advisors, and refined the budget to better manage its finances. The board created a number of line items in the budget including capital reserve and deferred maintenance based on our Capital Reserve Study.

The 2012 budget set a monthly fee of $210. We have not raised the fee since due to proper financial planning. The board established a number of committees to govern and operate activities for the community, including Entertainment and Social Events, Finance, Grounds and Landscaping, Architectural Review, Newsletter, ADR, and others.

One of the keys to achieving the Gold Star is managing resources and controlling expenses. One good example of this was installing solar panels on the clubhouse. The panels are primarily on the rear of the roof and have reduced the $17,000 annual cost for electricity to under $8,000 per year. In addition, we established multi-year contracts with the management company, insurance coverage, landscaper, and pool management company, saving costs with low year-to-year increases. We recently changed counsel to retain an attorney who specializes in HOA matters.

Working with the management company’s controller, the HOA invested funds in a CD ladder program replacing the very low interest rate from regular savings accounts for which we actually had to pay a maintenance fee. This ladder program provides the best interest rates as CDs roll over each year. We invested $20,000 each in one, two, three, four, and five year CDs. Each year they will roll over and gain us interest on a five year repeat cycle.

To increase the number of activities, the Entertainment and Social Events Committee (ESEC) created a number of events that have helped to build a close-knit group of residents through events such as a bocce league with over 80 members, game nights, Quizzo night, pool tournaments, trips, holiday parties, Valentine’s Day dance, and more. When the developer holds open houses, ESEC hosts an event too for new neighbors and to welcome potential buyers. Thanks to many mahjong games, yoga, aerobics, and gym users, the clubhouse is in constant use. Last year 75 residents, almost 25%, volunteered to serve on committees.

We participate with other associations in town in an active police community managers monthly meeting. We also arrange for the local fire department to have a yearly inspection of smoke detector batteries, changing and replacing as needed, for the home owners.

We also established a petty cash account and charge a nominal fee for many events to help offset activity costs. The Finance Committee and ESEC use the surplus to buy supplies for the clubhouse.

Another part of the Gold Star evaluation is to review rules established and enforced by the board. These rules range from architecture and grounds to collecting for non-payment of monthly fees. The month this article was written, only one resident is more than one month late with assessments, while three bank-owned properties have fallen seriously behind with monthly fees. These delinquencies are approximately 2% of our 179 homes. We add legal fees and fines to the delinquent accounts for collection. Residents who are not in good standing lose privileges such as access to the pool and the clubhouse. We fine residents for ignoring violation letters and can suspend their privileges. We do well collecting fees.

Horizons at Woods Landing is one of many active adult communities in the Delaware Valley. Like others, our clubhouse has many amenities, bocce courts, shuffle boards, pool tables, exercise rooms, ping pong, card rooms, pools, and libraries. However, we are unique because our residents rose from “ghost town” during the bankruptcy and persevered and strengthened enough to achieve our own Gold Star Community Award.

Gold Star Award Presented to HWL at the Clubhouse